This weeks “blast from the past” #6 is the man who has been at the club for longer than anyone else, in fact he played sporadically from 1965 to his last game in 2014, that’s 50 years! It’s our true Tiger Legend, Rob Mullane.
Rob played in the golden era of the club in the 1960s playing in 4 Grand Finals and winning 3. Rob was a top order batsman, usually as opener playing mostly in 1st grade in his early years. He was also a very handy 2nd change bowler and later on dabbled in the art of spin. Rob has played in 136 matches over all those years and with the bat has made 2319 runs at an average of 15. He made one century, 102 vs Maddington in 1966/67 and 6 fifties. With the ball he took 142 wickets at an average of 18.67 taking a 5 for 6 times with his best return of 6/26 vs Ferndale in 1990.
Rob’s highlight was opening the batting in both the 1967/68 and the 1969/70 1st grade premiership wins.
Rob is a much loved character at the club and still pops in to the club to see his beloved Tigers in action. Rob was made a life member in 1977 and always attends the end of year windups.
Please post your stories and memories or photos of Rob in the comments below. 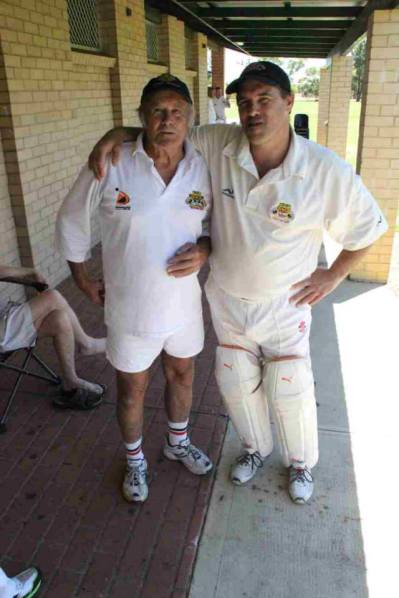 Robyn Stanik He was a one and only

Paul Keep Another legend that bleeds gold and black

Paul McLean The day i hear about when be was running between wickets and in the process tripped and lost his box all in 1 motion lol even the opposition laughed. He even made it to the other end because everyone couldn’t stop laughing

Mark Richards I played in that game Paul McLean, it was hilarious.

Mark Delamere me too, i was at square leg umpiring and he tried to hand his sweaty box to me to hold onto

🙂 thats what you get when you wear boxer shorts

Gerald Hunt Great bloke and clubman .Recognised by the W.A.C.A a few years back for 50 years service to cricket .